Biogas, renewable energy for the future? Alternative to natural gas

Biogas, renewable energy for the future? Alternative to natural gas

Every time we hear more and more talk of “biogas, renewable energy for the future”, as a credible alternative to natural gas. This relatively new and under-exploited energy has already begun the gradual creation of a value chain around it, which, however, will have to face numerous obstacles to overcome fossil fuels.

In fact, in times of scarcity of sustainable energy it seems reasonable to take advantage of the available waste to convert it into energy, but biogas is still far from replacing fossil fuels such as natural gas. It will have to overcome the main challenges faced by its still limited expansion, such as reducing the cost of production and eliminating the odor in the vicinity of the methanization units, according to the La Vie Nouvelle Report. And yet France, along with Italy and Germany, leads in Europe a fairly advanced position in this field, where companies and institutions proclaim their virtues. Soluciones Integrales de Combustion, an agent in the value chain of this fuel, analyzes and compiles some of the latest data on biogas. 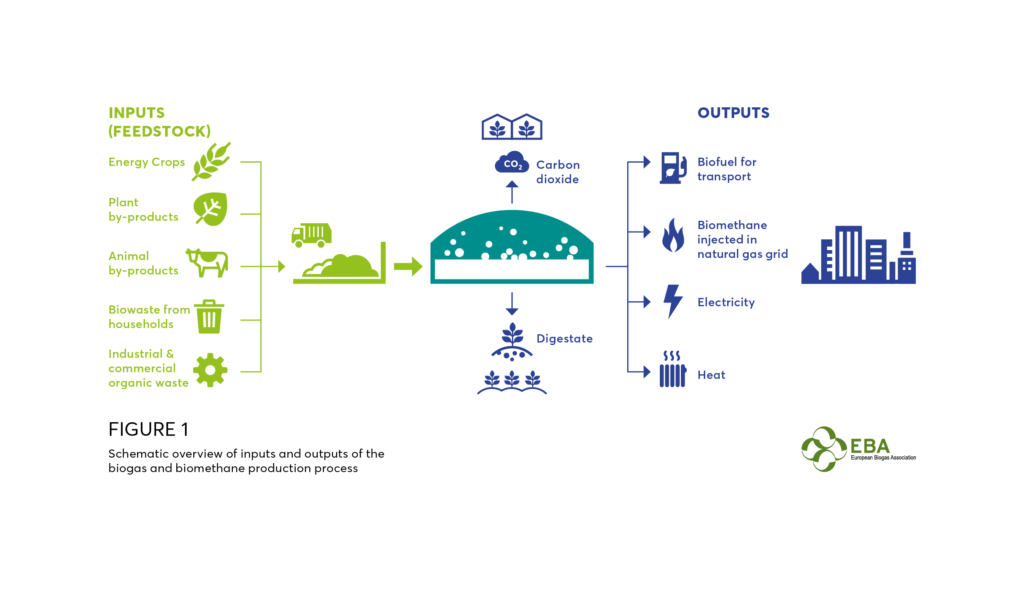 Biogas, the most unknown renewable energy

Biogas is a gas obtained from organic waste, such as livestock and agro-industrial waste, domestic waste from landfills or sewage sludge, for example. It is composed of methane and carbon dioxide in different proportions depending on the organic matter from which it comes, and it is the only renewable energy that can be used for any of the major energy applications. From biogas, energy is obtained in the form of fuel for transportation, or biomethane for injection into natural gas networks, to generate power and heat. In Europe there are 18,000 plants installed, but in Spain it is still in a larval stage, with 50 plants according to data from El Confidencial.

Por its part, EBA, European Biogas Association, believes that “a smart combination of technologies and renewable energy sources will be essential to develop the energy systems of the future and achieve carbon neutrality by 2050.” In his view, renewable gases will be part of that mix, increasingly emerging as key enablers of accelerating the EU’s energy transition.

Biogas in the prevention of emissions

Among the advantages pointed out for biogas energy for the future, the prevention of emissions throughout the value chain stands out, as does biomethane, according to EBA, which emphasizes how it manages to avoid emissions that would otherwise occur naturally. That is, the transfer of organic waste to a controlled environment of gas plants manages to avoid the emissions produced by the decomposition of organic matter that, otherwise, would be released into the atmosphere.

On the other hand, the biogas and biomethane produced can displace fossil fuels as energy sources, and in addition, the use of the digestate obtained in the biogas production process as a biofertilizer helps to return organic carbon to the soil and reduces demand. of the production of carbon-intensive mineral fertilizers.

Data on the availability of resources to produce biogas in Spain show the great abundance of waste and by-products of livestock and agriculture, however their use is absolutely marginal so far. “It is time to address the opportunity it represents for decarbonization“, assures Jorge Tinas Gálvez, Former President of ADAP and Member of Honor of AEBIG, who points to biogas as the great opportunity for the use of slurry. This would allow not only reduce methane emissions (a greenhouse gas) but also solve the serious problems that they cause with their ammonia emissions and water pollution.

From waste to heat and electriciy producer

To obtain biogas, organic matter must go through an anaerobic digestion process (without oxygen), a decomposition process in which a large amount of biodegradable waste such as manure, surplus crops, slurry …, through the action of a series of bacteria, decomposes it into a set of gaseous products that make up biogas, where methane (CH4) proliferates, according to the Institute for Energy Diversification and Saving (IDAE), attached to the Ministry for Ecological Transition. The result is “green energy”, used basically for the production of electricity and heat.

“Given that CH4 has a global warming potential 21 times higher than CO2, the appropriate use of biogas has great potential to help reduce greenhouse gas emissions“, highlights the IDAE. In the composition of biogas, between 50% and 70% is methane, which is why its energy use underlies, since its calorific power exceeds natural gas.

Biogas is of great importance because it is the only renewable energy that can be used in any of the major energy applications, whether as fuel, as a source of electrical or thermal energy. If purified, it can be converted into biomethane, so it could be incorporated into existing natural gas infrastructures, both for transportation and distribution.

The uses of biogas are multiple: in a boiler, to produce heat or electricity; in engines or turbines, to generate electricity; in fuel cells or as automotive fuel, among others.

New patents for biogas, energy for the future

That it is a promising energy with potential for economic and industrial development is evidenced by the high number and variety of patents registered on this energy in the last quarter, collected in the  OEPM Biomass Technology Watch Bulletin.

In the biogas patent bulletin last edition there are names of players linked to research, academia and the business world such as Air Liquide (FR), Abengoa Bioenergia and CIC Nanogune (ES), Saipem (IT), Ecolab (US), Praj Industries and Atmos Power (IN), Liquor Labs (CA), Song Zhijuan (CN), King Faisal University (SA) or Kawasaki Heavy (JP), among others. The patents filed affect plants and processes for the purification and liquefaction of biogas, methods for producing ethanol from dates or milk, microorganisms to improve the use of nitrogen to produce ethanol, anaerobic digestion reactors, recycling and storage systems, fermenters , desulfurization and methods of oxidation and gasification.

Contribution to the biogas value chain

The contribution of the energy engineering company Soluciones Integrales de Combustión (Comprehensive Combustion Solutions) to the biogas value chain is aimed at the final phase of energy use of biogas, with the design, supply, installation and commissioning, maintenance and repair of the thermal and combustion plants that operate with this fuel, as well as the instrumentation and control systems of the plants. 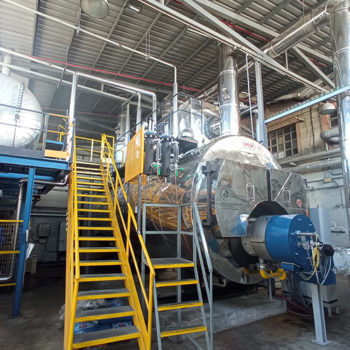 Checking of acoustic cleaning equipment in a biomass plant