On March 22, the Spanish Government approved the Biogas Roadmap to promote its production and use, with the activation of a line of aid worth 150 million for unique biogas projects under the Recovery, Transformation and Resilience Plan.

The initiative identifies the challenges and opportunities for the development of this gas of renewable origin and plans to multiply its production by 3.8 by 2030, exceeding 10.4 TWh.

The Biogas Roadmap is focused on the recovery of waste, from agriculture, to agri-food, municipal industries and sewage sludge, in order to promote the use of biogas to produce electricity and useful heat in industry and its use as sustainable biofuel in mobility.

The development of biogas is especially important in the current international context. It is expected that it will prevent the emission into the atmosphere of 2.1 million tons of CO2 equivalent per year. It will also serve to reduce energy dependence and strengthen the circular economy and establish the rural population through the growth of the business value chain.

On the other hand, its use in transport will facilitate meeting the objective of the National Integrated Energy and Climate Plan (PNIEC) 2021-2030, reaching a share of renewable energy of 28% in 2030, as well as responding to European penetration milestones of advanced biofuels, which should reach 3.5% of the total that same year.

Objectives of the Biogas Roadmap

With the aim of boosting the market, the Biogas Roadmap includes 45 specific measures in five lines of action:

1- Regulatory instruments, with the creation of a system of guarantees of origin, similar to that of renewable electricity so that consumers can distinguish biogas from conventional fossil gas.
2- Sector instruments. Among these, the possibility of establishing annual targets for penetration in the sale or consumption of biogas stands out, with mandatory quotas. In addition, it is proposed to promote its production in areas with abundant raw material (livestock farms, agri-food industry or waste treatment plants), together with measures to promote consumption in situ, either in vehicle fleets, in thermal uses, in the production of hydrogen and in the general substitution of gas of fossil origin, whenever it is economically viable.
3- Economic instruments. Existing aid lines will be used to finance biogas innovation and technological development and take advantage of the boost provided by the Recovery, Transformation and Resilience Plan, which includes aid for biogas.

4- Transverse instruments. They seek to prioritize biogas projects in fair transition zones, introduce it in public contract specifications, publicize its advantages, create energy communities and work groups to facilitate its implementation.
5- Promotion of R&D&i. Through the promotion of research to reduce polluting gas emissions, the promotion of demonstration projects for the use of biogas in industry or the promotion of innovation in less mature technologies.

The deployment of biogas is one of the measures included in the PNIEC. In addition, it is included in the PRTR, endowed with European Next Generation funds, and is part of the Strategic Project for the Recovery and Economic Transformation of Renewable Energies, Renewable Hydrogen and Storage (PERTE ERHA).

Specifically, within component 7 of the PRTR for the “Deployment of renewable energy integration”, the first aid will soon be launched for unique projects of biogas installations that contribute to decarbonizing different sectors of the economy. These facilities may be for anaerobic digestion (for heat production, electricity generation, cogeneration or biomethane production) or digestate treatment facilities. As a whole, a budget of 150 million will be allocated for the promotion of gas.

Gases of renewable origin form part of the solution to achieve climate neutrality in 2050 and contribute to achieving the objectives of reducing emissions and penetration of renewable energies proposed for Spain in the year 2030. Similarly, the deployment of biogas presents numerous environmental benefits and allows synergies to be created with local industries through its use in locations close to its production.

Contribution to the biogas value chain

The contribution of the energy engineering Soluciones Integrales de Combustion to the biogas value chain is oriented towards the final phase of biogas energy use, with the design, supply, installation, maintenance and repair of thermal and combustion plants that operate with this fuel, as well as the instrumentation and control systems of the plants. 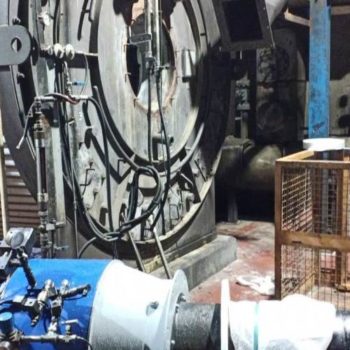 Enjoying the best game of Djokovic and Monfils 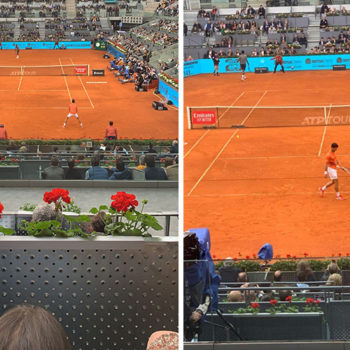