Satisfaction among French biogas operators. The majority of farmers who produce biogas in France are satisfied, according to the results of the PROdige study financed by the Ademe agency, which conducted a survey of 84 sites in ten regions. The sample represents 12% of existing on-farm methanizers in 2020. The negative element is that in one out of five cases economic profitability has not yet been achieved.

French biogas producers say they are satisfied with their installation. More than 8 out of 10 French operators are satisfied. The answers “quite satisfied” and “totally satisfied” in fact concentrate 83% of the answers in the case of cogeneration units (conversion of biogas into electricity and heat). This satisfaction even reaches 89% in the case of units of direct injection of biogas into the network. This is revealed by the second phase of the PROdige study, published last May.

The 57 cogenerators analyzed have a production capacity of between 35 and 1,189 kWe and reach an average productivity of 88%. More than half are in a situation of underproduction due to failures of various kinds, among which the main cause is the stoppage of the cogenerator, after a breakage or engine failure. However, the operators are 97% satisfied with the biogas production. On the opposite, they are very divided on heat recovery. In fact, 39% express their disappointment in this area.

From the point of view of the net margin (Difference between income and production costs, including life annuities), the average of the sample is €96,000 per unit, or €42/MWh of electricity sold. However, a very large variability characterizes this criterion. Indeed, the two extremes correspond to a negative net margin of €207,000 and a positive one of €484,000. For the year studied (2017-18 or 2019-20), 23% of the cogeneration units have a null or insufficient economic result. The operator’s satisfaction in the economic aspect also falls to 79%. On the contrary, low power units (less than 140kWe) have a unit margin globally twice lower than the average: €20/MWh.

The opposite phenomenon occurs in the injection, instead: in the sample, the units of less than 120Nm3/h benefit from the best unit margins on average. The average net margin of this group of smaller units is €42/MWh PCS (superior heating value). The 27 injection units surveyed produce between 70 and 255 Nm3/h of biogas. Its average productivity rises to 92%. However, a third of them are producing below capacity. The unavailability of the injection station (of the GRDF mechanism) is the first cause of stoppage. Next, the failure of the purifier that transforms the biogas into biomethane. In spite of everything, the satisfaction regarding the biogas production is still 100%.

Finally, in the labor aspect, the satisfaction among French biogas operators that use cogeneration is higher. They are “fairly satisfied” or “completely satisfied” with 84%. On the injection side, satisfaction is also high in this criterion: 78%. The responses show that recurrent technical difficulties experienced by certain sites lead to an increase in unscheduled work. These contingencies require rapid interventions that demand availability. However, it is not always easy when you have to manage other tasks at the same time. Administrative tasks are also reported as slower than expected.

Biogas is the only renewable energy sector that has exceeded its national target in France. Its production volume doubled in 2021 compared to the previous year. However, green gas still accounts for just 2% of French gas consumption, or 6 terawatt hours (TWh). “Until recently, the number of project leaders was multiplying every year by two or three,” according to GRDF. The projects under study represent more than three times the current production, that is, 20 terawatt hours. Every month there are between 3 and 5 new installations.

The most innovative Combustion Technologies offer combustion equipment for alternative fuels such as Biogas to adapt to the increasingly frequent cases of using these alternative fuels as an energy resource. Some specialized designs also contemplate the possibility that the same burner can use several types of fuels in addition to biogas, depending on their availability

Optimization of the boiler room in a paper mill

Acoustic cleaning systems in an olive pomace plant in Andalusia 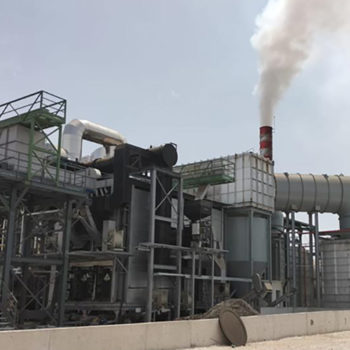 Scroll
We use cookies to ensure that we give the best user experience on our website. If you continue using this site we will assume that you accept our Cookies policyI agree